New Zealand is waiting to say “kia ora” (“hello” in Māori) to you.

When the Māori arrived in New Zealand about 1,000 years ago, they called their new home Aotearoa – land of the long white cloud. The poetic name still fits. New Zealand is a small country of just 4.4 million people,[1] but its epic scenery seems to come straight out of myths and legends. That’s a big reason it was chosen to stand in for Middle-earth in the Lord of the Rings films and for Narnia in the Chronicles of Narnia films.

From the bubbling mud pools and hot-water falls on the North Island to the high-peaked mountain ranges and glacial fjords on the South Island, there is something otherworldly about this country. Likely just as important a draw for the 71,000 Canadian tourists who visited in 2018[2] was the friendliness of the locals, who call themselves Kiwis and who, charmingly, are outnumbered by sheep six to one.[3] 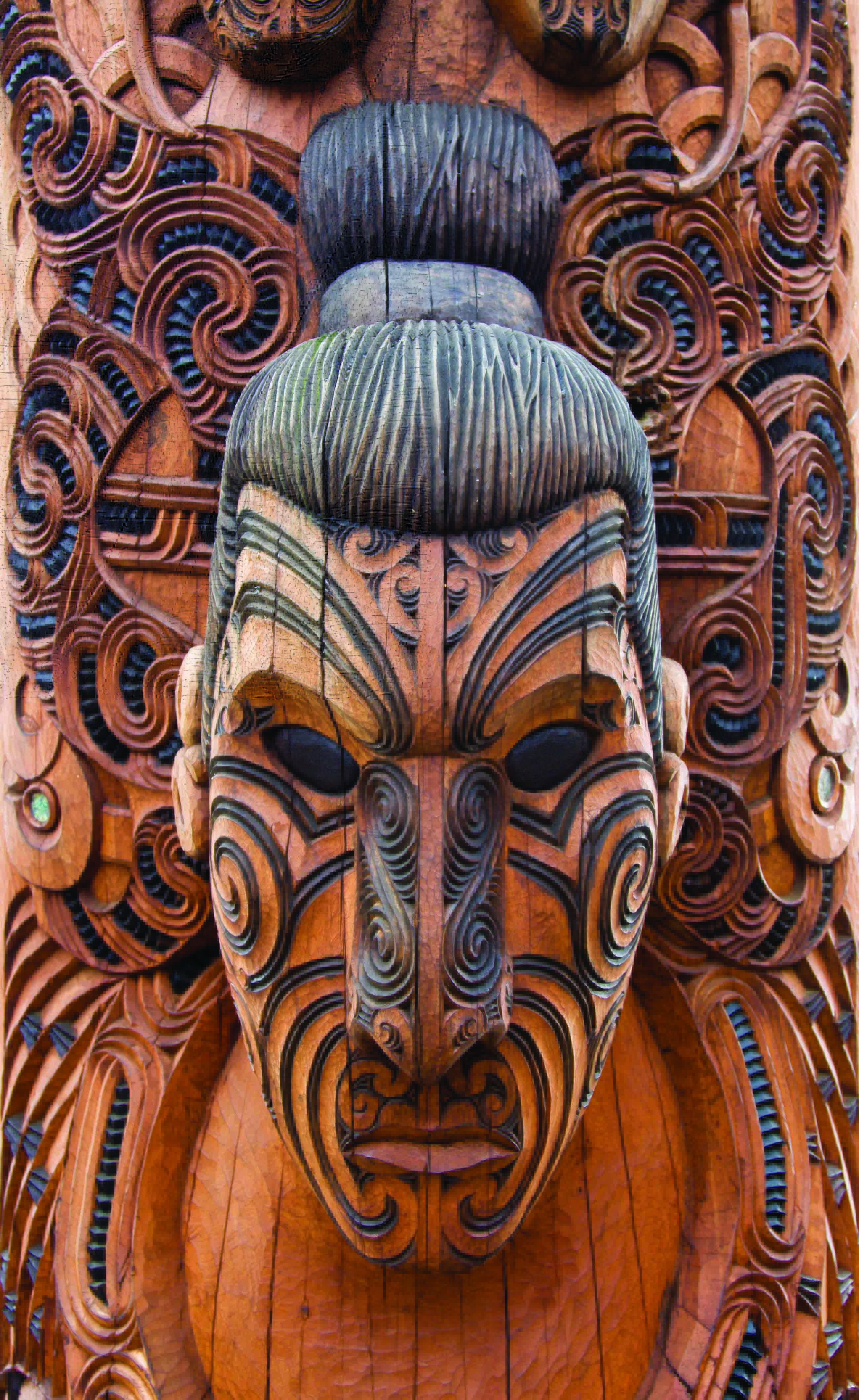 Explore cities, vineyards and active volcanoes on the North Island

International flights often land in Auckland, a city infused with Polynesian culture where you can find everything from fine dining to farmer’s markets, high-end designers to vintage boutiques, and traditional art galleries to the outdoor Brick Bay Sculpture Trail. Within an hour’s drive are black sand beaches (including Piha, featured in the movie The Piano) and clifftops hosting colonies of gannets (from August to March). A 40-minute ferry ride from Auckland gets you to Waiheke, where you’ll find vineyards, olive groves, clifftop trails and white sand beaches.[4]

The other big city on the North Island is Wellington, New Zealand’s capital. It’s also the country’s self-proclaimed culinary capital, with a passion for both beer and coffee. Wellington is home to the innovative Museum of New Zealand, Te Papa Tongarewa, the movie-magic-making Weta Workshop, and countless concerts, exhibitions and festivals. Hop onto the iconic red Wellington Cable Car in the city centre for a five-minute ride to the lookout, and then catch a free shuttle to Zealandia to glimpse a three-eyed tuatara, a little spotted kiwi and plants found nowhere else on Earth. [5] 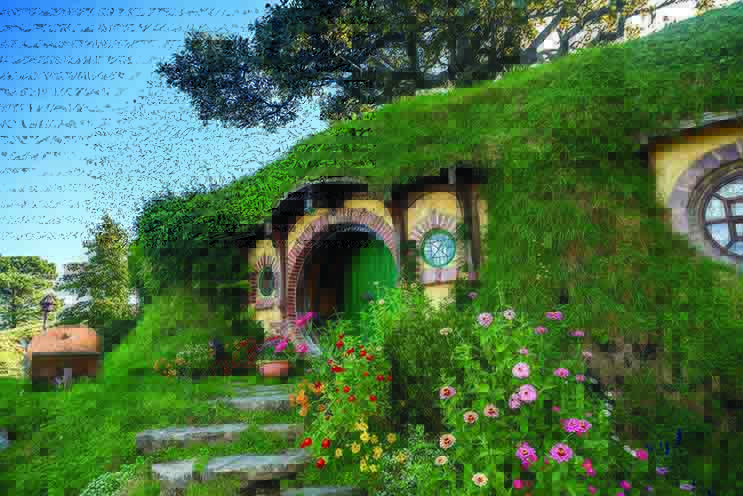 Between Auckland and Wellington is Rotorua, a hotbed of geothermal activity, where you can soak in a warm mud bath at Hell’s Gate, travel through the canopy of a redwood forest on suspension bridges and ziplines, and experience Māori culture at Mitai Māori Village and Te Puia.[6] For an entirely different cultural experience, head to Matamata, a one-hour drive from Rotorua, to tour the 44 hobbit holes of the Hobbiton Movie Set.[7]

Experience glaciers, fjords and hair-raising adventure on the South Island

The biggest city on the South Island is Christchurch, where you have a larger-than-usual choice about how to get around – from more traditional double-decker buses and trams to vintage bicycles, gondolas and Edwardian punts. In the Canterbury region surrounding the city you can walk on the Tasman Glacier and boat across its terminal lake to touch an iceberg, bike from the Southern Alps down to the shores of the Pacific Ocean, and peer through a telescope from the largest dark sky reserve in the world.[8]

For an adrenaline rush, visit Queenstown, which calls itself the “adventure capital of the world.”[9] It’s home to the world’s first bungee jump (from Kawarau Bridge) and the southern hemisphere’s highest bungee jump (134 metres, offered by Nevis Bungy).[10] Other attractions for thrill-seekers visiting Queenstown include skydiving, canyon swinging, jet boating and white-water rafting.

In the southwest of the South Island is Fiordland National Park, part of Te Wahipounamu, a 2.6 million-hectare UNESCO World Heritage Site with 15 stunning fjords.[11] There, you can kayak in Milford Sound alongside penguins, fur seals and bottle-nosed dolphins, or dive into the sound and watch sea dragons and tube worms floating past red and black coral. Encounter rare birds like the flightless takahē and the world’s littlest penguin, the korora, at the Te Anau Bird Sanctuary. Then float on a punt in the soft light of bioluminescence at the Te Anau Glowworm Caves. Get away from it all on a multi-day hike along the Milford Track – or opt for a more modest but also spectacular half-hour bush walk.[12] 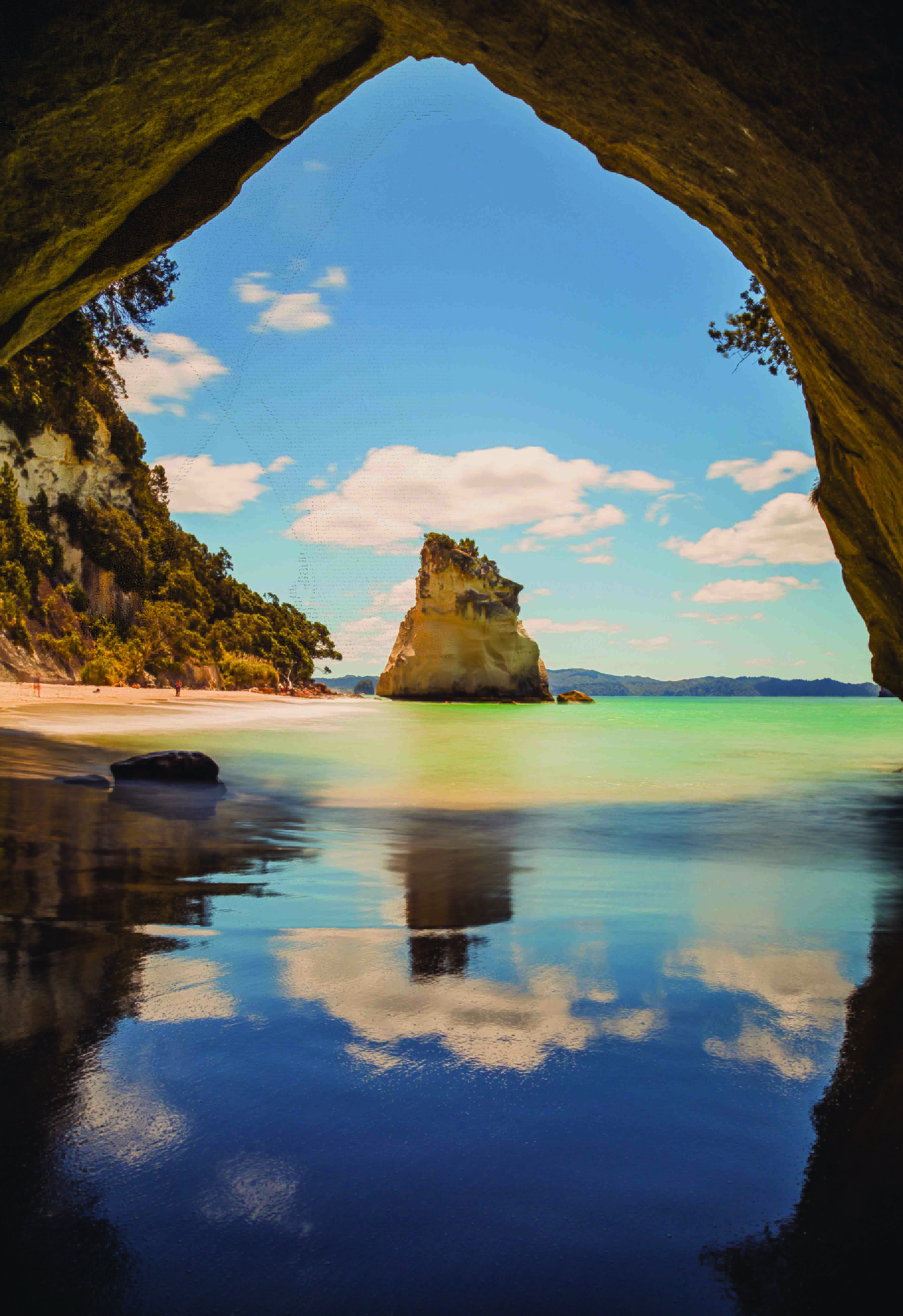 Just when you think you’ve seen it all, New Zealand often has another surprise for you. Take the Moeraki Boulders, for example, on the east coast of the South Island. Scattered along a picturesque beach are mysterious stone spheres up to two metres in diameter. Geologists say they’re calcite concretions, but Māori legend, more poetically, suggests they’re gourds washed in by the ocean after the canoe transporting their ancestors was wrecked at a point just up the coast.[13]

See another side of our world

New Zealand is a 14-hour flight from Canada’s west coast, and many of its vistas truly feel as if you’ve journeyed to the other side of the planet. But it’s also a country with a lot in common with our own. We’re both in the top 10 in the 2018 Global Peace Index[14] and the 2019 Quality of Life Rankings[15] (Canada has topped this list for two years running). We’re both known for natural beauty and kind people. And we’re both in latitudes that experience all four seasons – though at opposite times of the year. So, on your next vacation, spice up the familiar with the unfamiliar and book a trip to the land of the long white cloud.

© 2019 Manulife. The persons and situations depicted are fictional and their resemblance to anyone living or dead is purely coincidental. This media is for information purposes only and is not intended to provide specific financial, tax, legal, accounting or other advice and should not be relied upon in that regard. Many of the issues discussed will vary by province. Individuals should seek the advice of professionals to ensure that any action taken with respect to this information is appropriate to their specific situation. E & O E. Commissions, trailing commissions, management fees and expenses all may be associated with mutual fund investments. Please read the prospectus before investing. Mutual funds are not guaranteed, their values change frequently and past performance may not be repeated. Any amount that is allocated to a segregated fund is invested at the risk of the contract holder and may increase or decrease in value. www.manulife.ca/accessibility